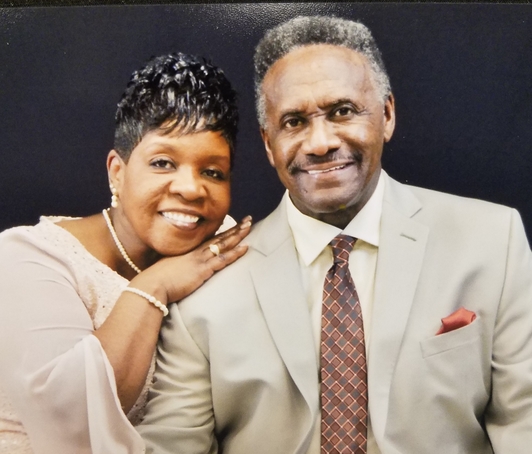 Pastor Harvey L. Smith, Jr. (Affectionately Known as Brother Harvey), gave his Life to Jesus Christ in August, 1988 at Divine Grace Temple in New Orleans, Louisiana. Three days later, Jesus Christ appeared to him in Jackson County Jail and said, “Seek for Lost Souls;” and that Evening he Preached his First Sermon in Jackson County Jail and two Inmates Gave their Lives to Christ. For the last 32 years, Pastor Harvey has been Preaching the Message of Salvation and Love. He has Ministered in Jails, Prisons, Homeless Shelters, Disadvantaged Neighborhoods, and Churches of Different Denominations in Chicago, Wisconsin, Arkansas, Michigan, and Louisiana.

In 2009, God Revealed to Pastor Harvey a Vision that stated, “There Will be a Love Revolution in this Nation and in the World.” The Love Revolution Will Involve Churches of Different Denominations and People of All Races. The Message of Love is the Greatest, the Most Important, and the Most Needed Message Today.

On July 22, 2018, Pastor Harvey Lee Smith, Jr. was Ordained as Senior Pastor of Divine Temple in Gonzales, Louisiana by his Mother, the Late Apostle Alice S. Martin. He is an Anointed, Unique, and Chosen Vessel for Christ, and he Preach and Teach the Uncompromising Word of God.

His Life-Changing Messages and Divine Revelations Challenges the Hearers to Change as he Ministers to the Whole Person. As a Senior Pastor, he Provides Leadership that Ensures the Spiritual Growth and the Health of the Spirit, Soul, and Body. He has the Passion to see the Lives of Individuals Transformed and Restored Through the Word of God and the Power of the Holy Spirit. He Continues to lay down his Life unselfishly to Help Build the Kingdom of God.